The young and old

Well after preping and running a grand tournament, plus the holiday season, I finally remembered I need to keep up with this whole blogging thing. Biting the bullet and posting off my phone. I find a desktop just a better experience doing, well anything on the Internet then my phone. So here's some photos of more blood claws. Plus a close up on one of the young warriors of Fenris, and the beginnings of one of his elders. My plans are being circumvented on my wolves though now as the big project that this blog is named for has been forced along with a campaign starting here in the cities soon so more on that as I finally start picking up with this blog now in the future. But I will post all of what I've done with them so far till I get going good on that. 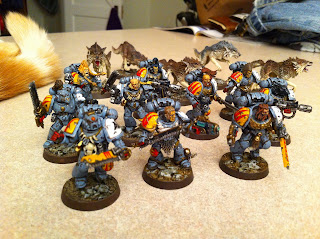 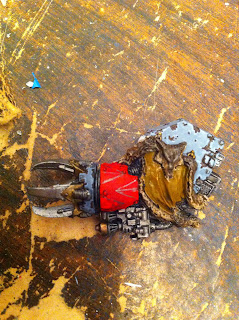 Posted by Nathan Sorenson at 7:43 AM No comments:

Welcome to my long delayed entry into the world of blogging. After much angest filled perfectionism, which is not seen fully on this site yet, and powerful foot dragging I'm finally just going for it.


I plan on trying to use this first to just put my art & hobby out into the world. also to hopefully meet and share the mutual love of toy soldiers with fellow hobbyist out on the wide world of the Internet. Over the next couple weeks I'll be putting up just some random things I done the year or two, which has mostly been commission work for friends, or close associates of the tiny wars. But first I'll just leave a small sample of my current project finally returning to (for the third time) the proud and loud warriors of Fenris.

Posted by Nathan Sorenson at 6:12 AM No comments: