Where Demons dwell, and Banshees live

In ancient times, hundreds of years before the dawn of history. There was a nerd who whittled away his time painting tiny men, and building world's so that other nerds could play with their tiny men but not him.
Before you behold the remains of a eons old magical stone circle. What powers may it still hold? That's a great question, one which I can not answer, but if you attend the Renegade Open this year you could find out. Not only is there just this one, but five, yes five of these that I completed awhile ago. I can not tell you how high the pile of foam shavings was from that other then inches. 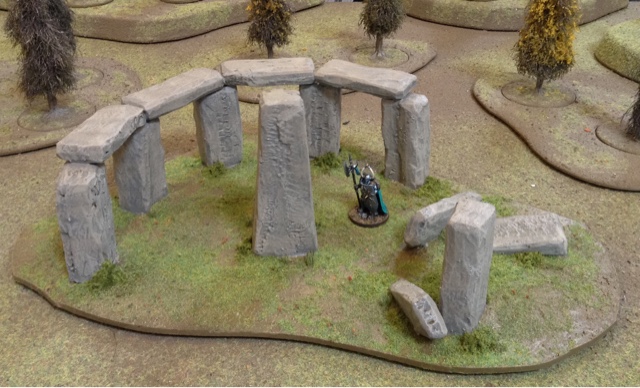 Below we can see it being assembled. 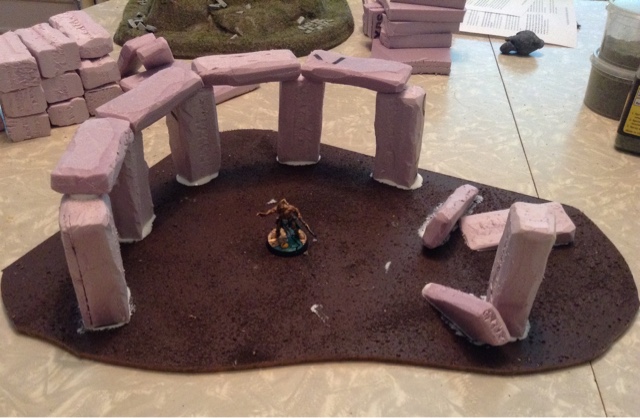 Here we have another piece using some of the arcane ruin set. This should serve well as a center piece on a table. Though I plan to make it a companion which will probaly over shadow it figuratively, and literally as it will be a realm gate and also be floating in the air. Will get a photo of this plus another I've finished since at Fantasy Flight when I'm there next. 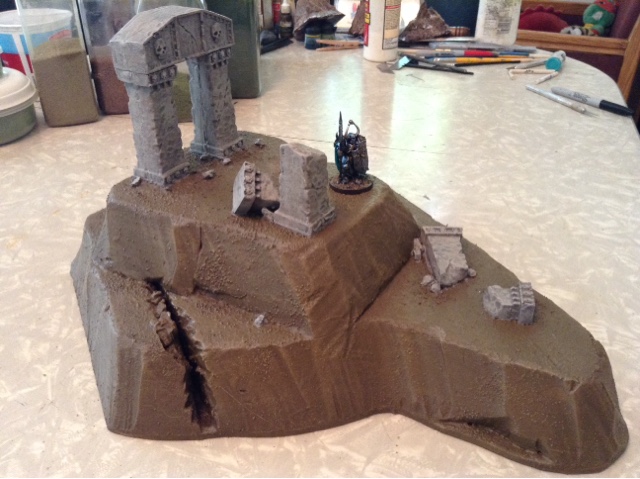 Here we see how I reinforced the columns since these are from some molds I made of the ruins when it was out of print. Now that it is being sold again I will save myself time and can just purchase it. Being that the resin was much heavier then the plastic version and going to be standing In a precarious spot I in effect pinned it to the hill using wooden dowels. This should make it least a little more durable. 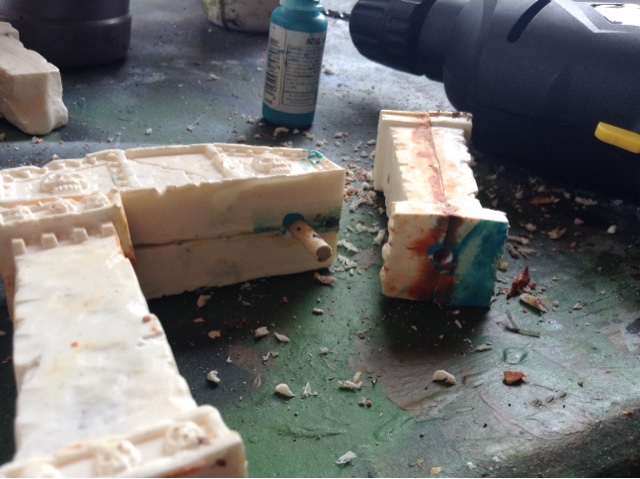 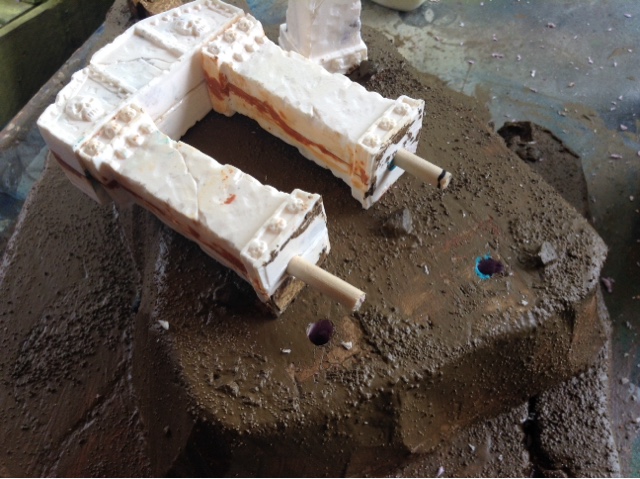 The piece I'm really excited about, my first floating island. This is what the previously mentioned realm gate will be based off. This was a mock up using dowels to see where I was at, and to get a photo to put on the Internet. As soon as I get some acrylic rods in I will finish this off. 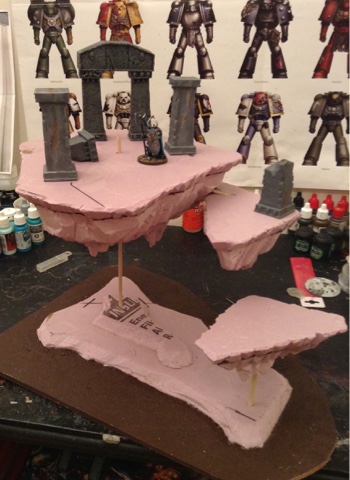 Lastly the wonders of living next to a rich kid art school. Some fool throwing this in a trash can, and I discovering it time so that it could be put to good use. Thanks to your parents kid for helping support the Renegade Open. 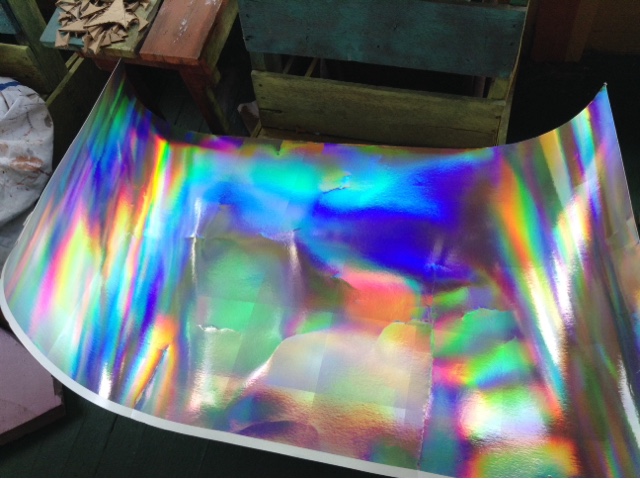 Where a man is a man, and the children dance to the pipes of pan. https://m.youtube.com/watch?v=tPjpl5_aXxI
Posted by Nathan Sorenson at 8:13 AM